I gave a paper today at the European Reformation Research Group's 22nd Conference at Gladstone's Library, Hawarden, Flintshire. The paper, which looks at 'Catholic Identity in Elizabethan England: the example of the Blount family', is a study of the ways in which a Catholic can be identified, and defined, in the period, with an emphasis on the fluidity of the definition and the need to look at the individual's beliefs, rather than merely seek evidence of non-conformity. I also thought about political roles and changing interpretations and definitions of sacred space for Catholics in the period.

I carry out my academic research into the Blount family of Shropshire (of which Bessie Blount is the most famous member). The family's religious beliefs and their responses and reactions to the pressures of the post-reformation period are particularly interesting and will make up a major part of my PhD at King's College, London.

The conference lasts for two days. So far, there have been a number of interesting papers and it has also been great to discuss theories and ideas with other academics. I am particularly looking forward to a paper on the portrayal of women in early modern English murder pamphlets tomorrow. 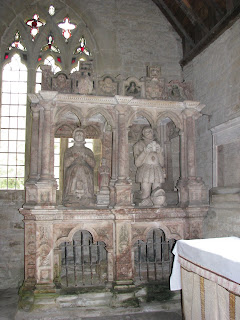