I attended a symposium today at Keble College, Oxford on Textual Cultures in Early Modern Europe. It's a fascinating topic and there was lots of interest, including a discussion of text, image and friendship in diplomatic documents by Dr Tracey Sowerby. I was especially interested to see the royal portraits in some of the documents, which were often based on an official court portrait. There were two early representations of Princess Mary, which I had not seen before.

I was also interested in Dr Tiffany Stern's paper on note-taking audiences at sermons and plays. With the introduction of writing 'tables', people were able to take notes of speech for the first time, allowing them to record and publish what they heard. This often led to official versions of works, such as Hamlet, being published due to concern over the unofficial printed versions that were circulating.

There were also papers on specific textual works, such as the Orlando Furioso. Early published editions of Seneca and also French printed drama were also discussed. Another interesting paper was by Dr Heather Dalton and looked at the communication of New World discoveries in England prior to 1550, focussing on the accounts produced by English merchant adventurers. One of the men was engaged in the search for the north-west passage, an endeavour for which he sought royal funding.

All in all, it was a fascinating day! 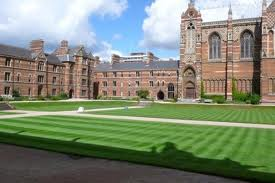