Go Back Further in Time

Issue 141 (April 2014) of Your Family Tree magazine is now available. I wrote the cover feature 'Go Back Further in Time', which looks at the best medieval records for family history research and gives tips on going back to 1066 and, perhaps, even further.

The key to taking your family back before 1066 is to find a 'gateway ancestor' in the medieval period. This is an ancestor with royal descent, since only established royal genealogies break the 1066 barrier. For example, I wrote a book about Bessie Blount a few years ago and still carry out a lot of research into her family. Although the Blounts were a fairly minor gentry family, they were descended from an illegitimate son of Richard, King of the Romans, who was a younger son of King John's. John's grandmother, Empress Matilda, was a great-great-granddaughter of King Aethelred the Unready and the family can therefore trace their descent all the way back to the ninth century kings of Wessex and possibly further. Fascinating! 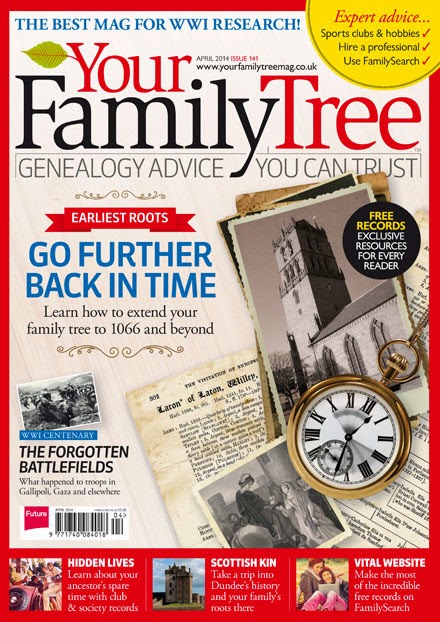