Moving swiftly forward in time from the Broadway Melody, we watched The Hurt Locker tonight, which won in 2010. I'd not actually seen it before and was looking forward to it. It's a great film, very tense. I was debating with my husband how we would rank it compared to Wings (1927), which is, so far, the only other Oscar Best Picture winning war film we've seen. It's really tricky. Wings, which is a silent film, is very dated and the plot seems obvious now (although, in 1927 it probably wasn't so much). I liked The Hurt Locker better, but I think both should be judged in the period in which they were made. Wings, with its aerial special effects, revolutionised war films. Similarly, I think that The Hurt Locker has also moved the genre forwards with its unrelenting look at the uncertainties and dangers of war. 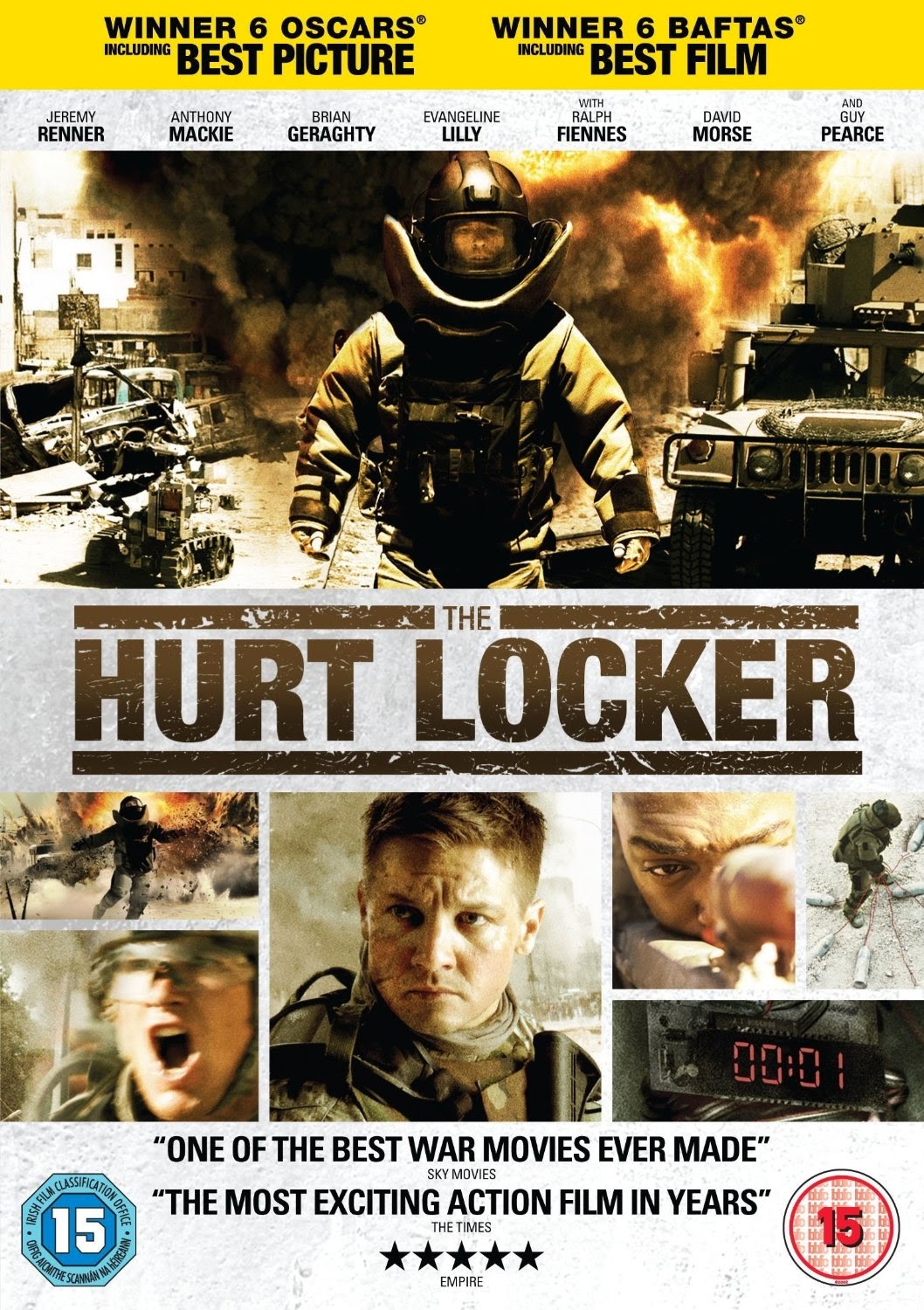