The next film in the Oscar Best Picture winners challenge was Patton, which won in 1970. Once again, it is a war film, this time focussing on the Second World War.

Patton, which details the actions of the American General Patton during the Second World War is an excellent film. Visually, it is stunning, while it also portrays Patton as a likeable and capable - albeit eccentric - figure. It was unusual to watch a war film from the perspective of a general and this made it stand out from other war films, although it did mean that the audience were somewhat removed from the horrors of war. There were a few scenes of generals arriving in jeeps in the aftermath of battles, for example. It was well worth watching and I particularly enjoyed the scenes where the German military leaders were attempting to fathom just what Patton was doing! 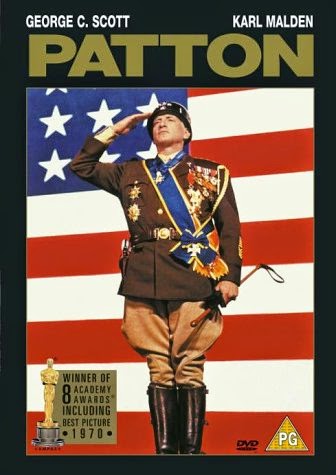