The Oscar Best Picture winners challenge continues with Cimarron, which won in 1931. It is a very tricky film to comment on. Firstly, there are some unpleasant stereotypes in the film (something that it has in common with some other films of the time), which make it a difficult watch. It's also very dated and the picture quality of the version we had did not help matters. That said, the opening sequence of pioneers rushing to settle Oklahoma was amazing. In 1931 they obviously wouldn't have had any CGI and must have filmed the huge number of wagons and horses racing across the screen - it looks dangerous and felt very real! Personally, I thought the main character was a bit of an idiot, but I liked his wife who grows as a person. The film is really about her development, which I thought was great. So, all in all, it's not the best of the Oscar winners for me by a long chalk, but it was interesting! 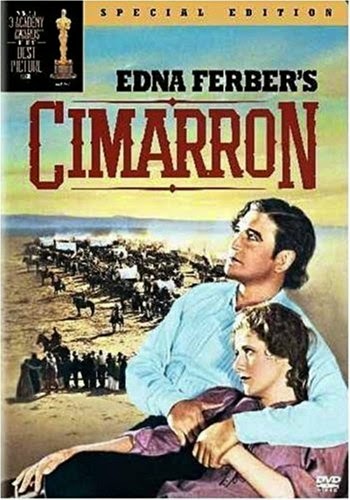