I edited a source book on Anne Boleyn a few years ago, which is being published in paperback on 28 August 2013. The hardback was called ‘Anne Boleyn: In her Own Words and the Words of those who Knew Her’, which made it very clear what the book contained but was not very catchy! I’ve just discovered that the new paperback is being called ‘The Anne Boleyn Papers’. Please do note that they are the same book.

Anyway, I always find it fascinating to read the original sources relating to a person. It’s often too easy to rely on secondary sources, which sometimes leads almost to Chinese whispers – the first historian’s reasoned argument becoming absolute fact in the second historian’s work. A good example of this is in my biography of Bessie Blount. Bessie’s childhood home is unrecorded. From my study of the original documents, I suggested that she might have lived at Bewdley. I have seen this recorded as fact in later works that mention Bessie where, actually, a reading of the primary sources shows that it is not quite so clear-cut. What we understand about major historical figures, such as Anne Boleyn, is often based on layers of interpretation – some helpful, some not.

On 2 May 1536 Anne Boleyn was arrested and taken to the Tower of London. She never left the ancient fortress, being subjected to a trial there before being executed on 19 May 1536. The arrest, condemnation and execution of the queen was a major news item at the time and many contemporaries recorded information and their own take on what was happening.  Whenever I am researching Anne Boleyn, I always look at the despatches of the Imperial Ambassador, Eustace Chapuys, who, although highly biased against Anne, records a lot of detail of real interest. He wrote three despatches during Anne’s time in the Tower, which I have abridged below to mark the anniversary of Anne’s imprisonment.

2 May 1536
Your Majesty recollects no doubt what I wrote at the beginning of last month, in reference to my conversation with Master Cromwell on this king's divorce from his concubine. Having since heard the Princess's opinion and pleasure on this particular matter, which is that I should watch the proceedings, and if possible help to accomplish the said divorce, were it for no other purpose than for the King's honour and the relief of his conscience, as she (the Princess) did not care a straw (said the message) whether the King, her father, had or had not from a new and legitimate marriage male children who might take away from her the succession to the Crown. Nor did she wish for the King's divorce out of revenge for the many injuries inflicted on her mother, the late Queen, and on herself. Those she had willingly forgiven and forgotten for the honour of God, and she now bore no ill-will to any one whomsoever.
In consequence of this message from the Princess, I have since employed various means for the accomplishment of the said affair, sometimes talking about it to Master Cromwell, and to such others as seemed to me most fit for the purpose. I have not written sooner to Your Majesty on this particular subject, because I was naturally waiting for the issue of the affair one way or other; but it has since come to a head much sooner and more satisfactorily than one could have thought, to the greater ignominy and shame of the lady herself, who has actually been brought from Greenwich to this city under the escort of the duke of Norfolk, and of the two chamberlains—that of the Kingdom, and that of the Royal Chamber—and allowed only four maid-servants in attendance. The reason for all this, as the rumour goes, is, that she has for a length of time lived in adultery with a spinet-player of her chamber, who has this very morning been confined to the Tower, as well as Mr. Norris, this king's principal and most favoured groom-in-waiting, for not having revealed what he knew of the said adulterous connexion. Rochefort, the brother, was likewise sent to the Tower six hours before. I hear, moreover, from certain authentic quarters, that before the discovery of the lady's criminal connexion, the King had already resolved to abandon her, for there were many witnesses ready to testify and to prove that more than nine years ago a marriage had been contracted and consummated between the said Anne Boleyn and the earl of Nortambellan (Northumberland), and that the King would have declared himself much sooner, had not one of his Privy Councillors hinted that he could not divorce himself from Anne without tacitly acknowledging the validity of his first marriage, and thus falling under the authority of the Pope, whom he fears.
The above is certainly a most astounding piece of intelligence, and yet if we consider the sudden change from yesterday to this day, and the King's sudden departure from Greenwich to come here, there must still be a great cause for wonder. Not to delay, however, the departure of the express bearer of this my despatch—from whose lips Your Majesty may learn the details of the affair—I will abstain from further particulars. Such are its greatness and importance under present circumstances that I considered it my duty to despatch the express messenger at once without waiting for the catastrophe. Should this be such as to warrant my despatching another messenger, I shall not fail to do so...

18 May 1536 (addressed to de Granvelle)
I could not, if I wished, write to you more news of this country than those contained in my despatch to the Emperor. I hope, however, to be able to make up for the shortness of this letter by sending you in my next the faithful account and true chronicle of the mien and language which the English Messalina, or Agrippina [5], held during her imprisonment, in which account you will, no doubt, find very remarkable things, as the lady under whose custody and keeping she was has not concealed a single thing from me.
From the very beginning of her incarceration the lady I allude to sent to communicate to me certain facts concerning the Messalina, apart, among others, that she heard her say that she could not imagine who could have made her lose the King's favour and love save me, for she pretends that from the very moment of my arrival at this court, the King no longer looked upon her with the same eyes as before. I confess that I was rather flattered by the compliment, and consider myself very lucky at having escaped her vengeance; for kind-hearted and merciful as she is, she would without remorse have cast me to the dogs. Two other English gentlemen have been imprisoned along with her, and it is suspected that a good many more will share the same fate; for the King has been heard to say that he believes that upwards of 100 gentlemen have had criminal connexion with her. You never saw a prince or husband show or wear his horns more patiently and lightly than this one does [6]. I leave you to guess the cause of it.
Owing to my last illness, and also because I am waiting for the extremum actum fabulœ, and presume that George, the courier, must have told you my prognostications with regard to the Messalina's fate, I will not write more for the present.—London, 18 May 1536.
I have just heard that yesterday, the 18th, the archbishop of Canterbury (Cranmer) declared and pronounced by way of sentence the lady's daughter (Elizabeth) to be a bastard, and begotten by master Norris, not by the King, which is equivalent to remove a cog from the Princess's eyes. I hope, therefore, that whatever difficulties the King may have hitherto made to have her declared true heir to the kingdom will now be removed, and that he will now have her declared and sworn to as such, and as his legitimate daughter born of a marriage legitimated propter bonam fidem parentum [7]. I have also been informed that the said archbishop of Canterbury had pronounced the marriage of the King and of his mistress to have been unlawful and null in consequence of the King himself having had connexion with Anne's sister, and that both he and she being aware and well acquainted with such an impediment, the good faith of the parents could not possibly legitimize the daughter.
Though what I am about to say on this subject may have no sufficient foundation, yet I feel bound to inform you that many people here imagine that most of the newly-created bishops will soon have their desert; for there is a report that, by persuading the King's mistress that there was no necessity for the confession [of her sins], they have encouraged her and made her more audacious and licentious in the prosecution of her detestable and abominable vices; and what is still more blameable on the part of the said bishops, they have taught her that, according to their sect, it was allowable for a woman to ask for aid and help in other quarters, even among her own relatives, whenever the husband was not considered idoneous [8] or sufficiently able to satisfy her wishes.
Before her marriage to the King, and in order to enhance the love she bore him, the Royal concubine used to say that there existed a prophecy that about this time a queen of England was to be burnt alive; but that, to please the King, she cared not if she was that queen. After the marriage she often said in jest that part of the prophecies had already been fulfilled, and yet she had not been condemned to death by fire. One could very well repeat to her what was once said to Caesar: Venere idus, sed nondum prœterire, the days have commenced, but have not yet ended.
I have not the least doubt that if His Majesty intends to treat and come to some sort of arrangement with these people, some personage of authority and rank ought now to be sent, and if he could but come before the closing of this Parliament, the affairs of the Princess and other matters might be satisfactorily adjusted. Should the said personage come before St. John's Day, he might assist, as I believe, at the King's approaching marriage and the coronation of the new queen, which is to be celebrated with great solemnity and pomp, the King intending, as I am told, to perform wonders, for he has already ordered a large ship to be built, like the Bucentaur of Venice, to bring the lady from Greenwich to this city, and commanded other things for the occasion.

Every year flowers are delivered to the Tower of London to be placed on Anne's grave. A small token by which the sudden and violent death of one of the most vivid figures of the Tudor period is remembered. 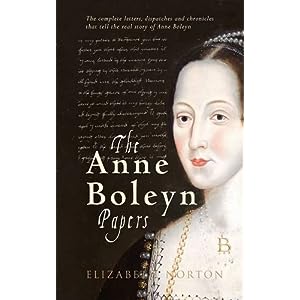 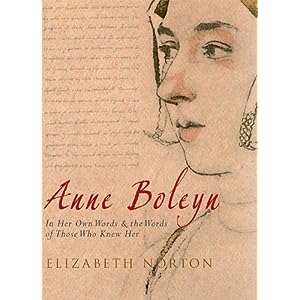