Bound to Obey and Serve

Jane Seymour continued to linger on 20 October 1537, three days after she had been given the last rites. The fact that she survived so long while gravely ill hints at her strength of character and will. Death usually came more swiftly for women who contracted an infection in childbed.


We know very little of Jane Seymour’s character. Unlike her predecessor, Anne Boleyn, she did not excite the indignation of the Imperial ambassador, Eustace Chapuys, who provided many of the surviving accounts of Anne’s spoken words and behaviour. Admittedly, Chapuys recorded none of the good that Anne did, but his accounts do at least give us an idea of her spirit.


Chapuys does not seem to have had a particularly high opinion of Jane. Before her marriage, he commented that she ‘is not a woman of great wit, but she may have good understanding’. He also doubted her virginity at the time of her marriage to Henry (considering it unlikely that any woman could have been at court as long as Jane without taking a lover) and criticised her appearance. It appears that Jane looked better when dressed to impress – Henry VIII’s seventeenth century biographer, Edward Herbert, claimed that Sir John Russell, who had observed Jane believed that ‘the richer Queen Jane was in clothes, the fairer she appeared, but that the other [Anne], the richer she was apparelled, the worse she looked’.


Chapuys believed that Jane had ‘been well taught for the most part by those intimate with the king, who hate the Concubine [Anne], that she must by no means comply with the king’s wishes except by way of marriage; in which she is quite firm’. It appears that she was coached in how to behave with Henry during the last months of his marriage to Anne. She played the role beautifully, showing herself as an honest and demure young woman and adopting the submissive motto 'Bound to Obey and Serve'. She was a great success, just as she was successful in persuading Henry to bring his eldest daughter, Mary, back to court.


Jane also had strong religious views. In the summer of 1536 she showed her support for monasticism when she offered the king 2000 marks if the nunnery at Catesby could be saved. There is also some evidence that she was involved in attempts to save Clementhorpe nunnery in Yorkshire. She certainly attempted to intercede with Henry on behalf of the rebels during the Pilgrimage of Grace, which was a popular uprising in favour of traditional religion in late 1536. Martin Luther considered her to be ‘an enemy of the Gospel’, something which could have made the reign of her son, Edward VI, very different in character had she lived.


The surviving evidence, such as it is, suggests that Jane was not as meek and demure as her public image implied. She was a woman who was able to attract the king and hold his interest, becoming politically involved in a conspiracy that ended in the death of her predecessor. She also attempted to involve herself in the politics of the reign, although, with the threat of Anne Boleyn’s fate hanging over her, she ensured that she trod carefully.


If Jane had lived, it is probable that she would have ruled as regent for her nine year old son in 1547. If this had been the case, we might well remember Henry VIII’s third wife very differently. As it was, however, on 20 October 1537, only eight days after her child’s birth, Jane Seymour was dying. 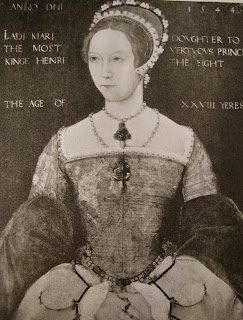