I spent today at the West Midlands History conference at Keele University. My academic work at King's College, London is focussed on the Blount family, who were a West Midlands gentry family, so it's always great to see what other researchers are working on. The papers spanned 1500 years of history and covered a diverse range of topics, from the Anglo-Saxon governance of Hereford to politics in the twentieth century.

I was particularly interested in a paper on local government in the sixteenth and seventeenth centuries which looked at the commissions for sewers - where groups of local men were appointed to take charge of flood defences. 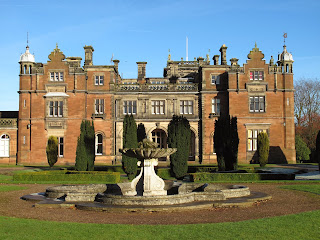