The team at Leicester University have released some very interesting findings regarding Richard III's DNA. Although the maternal line is unbroken up to the present day, the male line of descent from Edward III has a major issue. Both Richard III and the current day Somerset family should share the same Y chromosome, since they are believed to have been direct male line descendants of Edward III (with the Y Chromosome passed down intact from father and son). However, they don't. This means that either in Richard III's immediate ancestry or in the Beaufort (who became the Somersets) family, someone was the not the son of their purported father - someone was illegitimate.

It's unclear who this was and impossible to speculate. It also doesn't affect the current royal family or the Tudor dynasty. For it to affect the Tudors, John of Gaunt or his immediate Beaufort descendants would have needed to be illegitimate. Even if this was the case, Henry VII claimed through conquest and marriage and his wife, Elizabeth of York, was a descendant of Edward III (unless the illegitimacy lay in the Yorkist line). Her daughter, Margaret Tudor, who is the ancestress of the current royal family therefore carried her descent.

You can read more about it in an interesting article in the Daily Telegraph in which I am quoted. 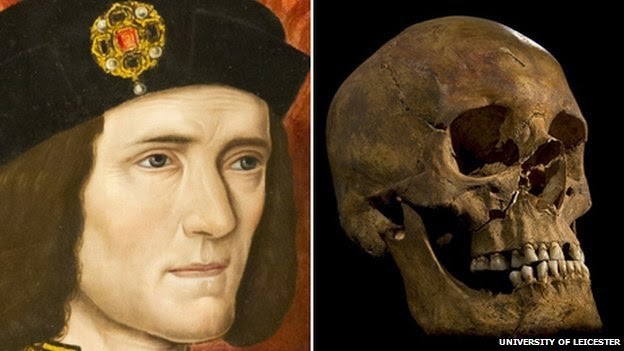