I will be giving a talk on Anne of Cleves for the Hounslow & District History Society next week - Tuesday 24 September at 7.30pm. The talk will be held at the United Reform Church Hall, Chapel Road, Hounslow, TW3 1UL and non-members of the society can attend for £1.50.

If you are in the area, do attend and say hello. I'm going to be focussing on Anne's links to Richmond Palace, where she was sent once Henry VIII had decided to divorce her. It remained her main residence for some years before she was forced to hand it back to her former stepson, Edward VI, during his reign.

I wrote a biography of Anne a few years ago (Anne of Cleves, Henry VIII's Discarded Bride - Amberley, 2009) and am actually currently working on an article on her, which ties in nicely with the talk. Anne is a fascinating character. She is often considered to have happily accepted her divorce, and is commonly believed to have lived comfortably for the rest of her life on her divorce settlement. This is actually far from the truth and, while Anne can be considered the luckiest of Henry's wives, her life was far from trouble free. German sources show that she always considered herself to be Henry's true wife and, with the high inflation of the Tudor period, her fixed income rapidly began to dwindle. She lived an interesting and far from dull life.

Anyway, further details of my talk can be found at: http://www.hounslowhistory.org.uk/calendar 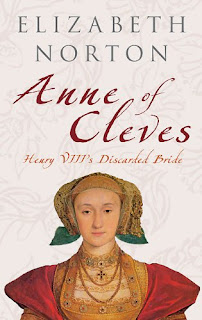