Eahlswith - Queen of Alfred the Great

In light of the current interest in Alfred the Great occasioned by the search for his bones, I thought I would look at his wife, Eahlswith, who is now largely forgotten. Although entirely overshadowed by her husband, the queen played an important role in supporting him, as well as being an influence over her son, Edward the Elder.

Eahlswith was the daughter of Aethelred, known as Mucil, ealdorman of the Gaini. The Gaini was an old tribal group absorbed into the kingdom of Mercia and Mucil was an important figure at the Wessex court, attesting two charters of King Aethelred I in 868. Her maternal lineage was even more impressive and her mother, Eadburgh, was a member of the Mercian royal family. According to Alfred's biographer, Asser, Eahlswith’s mother was a ‘notable woman, who remained for many years after the death of her husband a chaste widow, until her death’.

Alfred married Eahlswith due to her prominent family and royal connections. At the same time as their betrothal in 868 he was also created heir apparent by his elder brother, Ethelred I. At around the same time Ethelred and Alfred received an appeal from their brother-in-law, King Burgred of Mercia, for aid against the Vikings and the marriage was celebrated during this campaign. According to Asser, the ceremony was held in the presence of a number of witnesses and accompanied by feasting that lasted both day and night. It is possible that Eahlswith met her husband for the first time at her wedding and, if this is the case, the omens were not good. Following the feasting Alfred ‘was struck without warning in the presence of the entire gathering by a sudden severe pain that was quite unknown to all physicians’. Alfred’s illness continued, on and off, for twenty years.

Alfred became king of Wessex in 871. In accordance with tradition, Eahlswith was never called queen, instead being referred to by the title ‘lady’. In spite of this, she was a prominent figure. During the reign of her son she was referred to as ‘the true lady of the English’. She played no political role during Alfred’s reign and was content to remain in a domestic sphere, accompanying her husband and children into exile in January 878 in order to avoid capture by the Vikings. This was a traumatic time, since the Viking leader, Guthrum, declared that Alfred had abandoned his kingdom and forfeited his crown. He spent the first half of 878 as a fugitive on the Isle of Athelney. From here, Alfred carried out guerrilla attacks on Guthrum, defeating him in battle at Edington later that year.

Eahlswith returned to Wessex with Alfred when he regained his throne. There is little record of her activities during Alfred’s reign and she may have devoted her energies to the church. Certainly, she had the pious example of her own mother to draw upon and Alfred was also deeply religious, founding two religious houses during his reign: Athelney for monks and Shaftesbury Abbey for nuns. That Eahlswith was involved in the foundation of these houses is suggested by the fact that her daughter, Aethelgifu was appointed abbess at Shaftesbury and lived there with other nuns of noble status. Eahlswith’s piety can also be seen after Alfred’s death as she founded the Convent of St Mary at Winchester (known as Nunnaminster) during her widowhood. Asser referred to Eahlswith as Alfred’s ‘excellent wife’, suggesting that she conformed to contemporary ideals of queenly piety.

Eahlswith bore a number of children, with five surviving to adulthood. Aethelflaed, her eldest child, married Ealdorman Aethelred of Mercia, succeeding as ruler of Mercia herself after her husband’s death. The couple’s second daughter, Aethelgifu entered the church, whilst the youngest, Aelfthryth, married Count Baldwin II of Flanders. Eahlswith also bore two surviving sons, Edward, who succeeded his father as king and Aethelweard. Eahlswith is likely to have been involved in the education of Edward and Aelfthryth, since they were raised at court.

Alfred and Eahlswith were married for over thirty years. Alfred died in 899 and, in his Will, paid Eahlswith the tribute of leaving her three estates and a share of £400 to be divided between her and her daughters. She often visited her son’s court and witnessed a charter in 901. She died on 5 December 902 and was buried in the New Minster at Winchester beside her husband.

You can find out more about Eahlswith and the other Anglo-Saxon (and later) queens in my book, England's Queens: The Biography (Amberley, 2011). 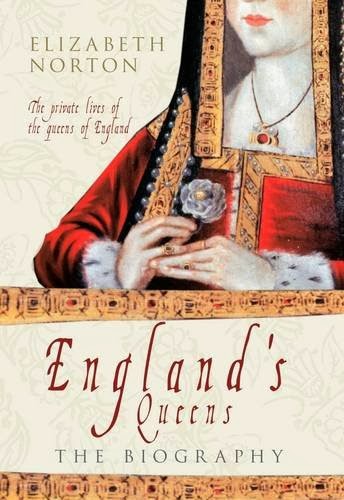