27 February 1531 - The foundation of the Schmalkaldic League

27 February is the anniversary of the foundation of the Schmalkaldic League, which was established in 1531. Although this German Protestant defensive league only endured for a few short years in the first half of the sixteenth century, it was of major importance. There is an excellent book on the League by R. McEntegart - Henry VIII, The League of Schmalkalden and the English Reformation (Woodbridge, 2002), which looks at the League in relation to English history.

It was the Schmalkaldic League that led to the marriage of Anne of Cleves and Henry VIII in 1540. Although Cleves was a Catholic duchy, it had close links to the Schmalkaldic League due to the marriage of John Frederick, Elector of Saxony and Anne's elder sister, Sibylla of Cleves. John Frederick was the co-founder of the League and one of its leaders.

The Schmalkaldic League had its origins in an attempt to preserve Protestantism in Germany. In the summer of 1530, the Holy Roman Emperor, Charles V, summoned an Imperial Diet (or council) at Ausburg in an attempt to resolve the religious differences that had developed in Germany. In preparation for the meeting, the German Protestants produced the Confession of Ausburg, which was a comprehensive statement of their faith. Charles, however, a committed Catholic, ignored this, instead calling for the German states to return to the Catholic church. In response to this, the representatives of six German princes and ten city states met at the town of Schmalkalden in late 1530 and, on 27 February 1531, they concluded a treaty to provide for the formation of a defensive league known as the Schmalkaldic League.

On 12 January 1539 Charles V and Francis I of France signed the Treaty of Toledo in which they agreed to ally themselves and make no new agreement with Henry VIII without the other's consent. Henry had been negotiating with both monarchs for some time in the hope of obtaining a fourth wife from one of their families. This treaty ended these hopes and, casting around for allies, he turned his attention to the Schmalkaldic League. Anne of Cleves, as John Frederick's sister-in-law was the best match they had to offer.

You can read more about the marriage of Henry VIII and Anne of Cleves and English relations with the Schmalkaldic League in my book, Anne of Cleves: Henry VIII's Discarded Bride (Amberley, 2009) 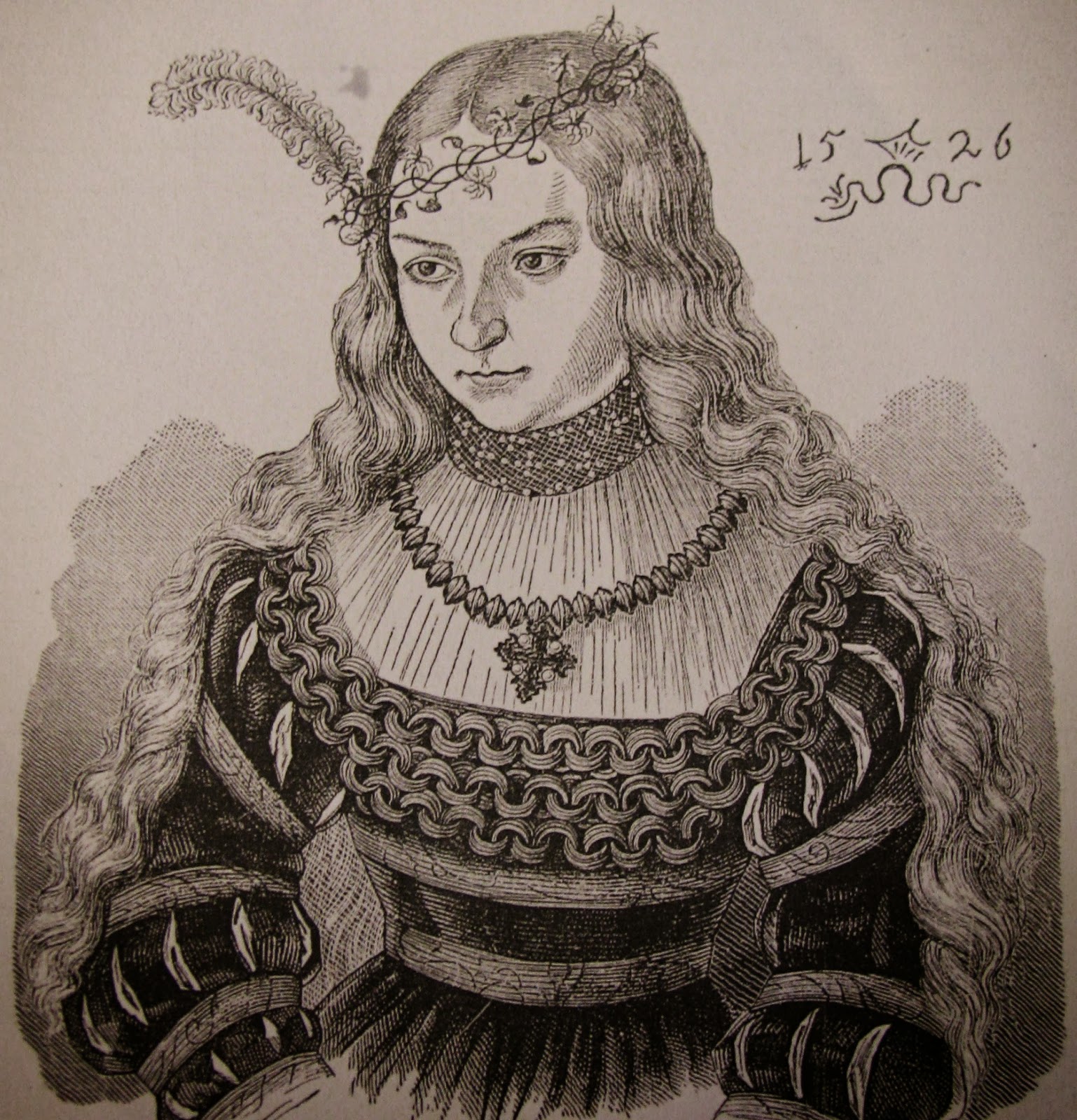 Sibylla of Cleves, Duchess of Saxony. Anne of Cleves' elder sister.
Posted by Unknown at 17:21