By 19 October 1537, Jane Seymour had been gravely ill for three days. The very fact that she continued to live, even after the last rites had been given, encouraged some slight hopes of recovery. There was nothing anyone could do but wait and see.
Since it is clear that Jane did not die due to a caesarean section, the question must be asked, what killed her? She had, after all, initially seemed to recover well from her long labour. Cromwell believed that the neglect of her attendants, in allowing her to catch cold and providing her with unsuitable food, caused her decline. While this could, perhaps, have hastened her end, this was not, in itself, enough to kill the queen.
It has been suggested by Dr Loach, in her study of Jane’s son, that the queen was killed by an infection caused by the retention of part of the placenta in her womb. This is entirely possible since, in the event that part of the placenta had remained, it would have been very difficult for her physicians to remove it without causing further injury.
More likely, however, the cause of her death was probably puerperal, or childbed, fever. This was a terrifying prospect for pregnant women before the advent of antibiotics and carried off a good proportion of mothers. Henry VIII’s last wife, Catherine Parr, died of this condition in 1548, with the birth of her first child, while his mother, Elizabeth of York died bearing a short-lived daughter in 1503. Early in the fifteenth century, another queen, Richard II’s widow, Isabella of Valois, died bearing her second husband a child. Before that, Mary de Bohun, the first wife of Henry IV died bearing her daughter, Philippa, in 1394.
Queens were very far from immune in an age where nobody understood the need to wash hands or sterilise implements. It was simply good luck for women who survived childbirth unscathed. Since Jane’s child was her first, she was at greater risk. Labours for a first child tend to be longer, as Jane’s indeed was. This would have increased the need for medical intervention and left her vulnerable to the infection that killed her.
As the fever set in, Jane would have experienced agonising pains and delirium, something which accounts for Cromwell’s comment about her eating unsuitable foods ‘that her fantasy in sickness called for’. She may well also have had lucid periods. Catherine Parr, who was both her successor as Henry’s wife and her future sister-in-law, was able to dictate a short testament when she became aware that she was suffering from childbed fever, proclaiming to those assembled ‘that she, then lying on her death-bed, sick of body, but of good mind, and perfect memory and discretion, being persuaded, and perceiving the extremity of death to approach her’. She later became delirious, spending her last few days raving about the bad conduct of her husband. Jane too, is likely to have been confused and largely unaware of her surroundings by 19 October.
As puerperal fever set in, Jane must have been aware of the bitterness of circumstances. In giving the king a son, she was safe from repudiation or execution: he would never to anything to call Edward’s legitimacy into question. However, in the manner of her death, Jane became just as much a victim in Henry VIII’s quest for a male heir as Catherine of Aragon and Anne Boleyn. She was supremely unlucky. 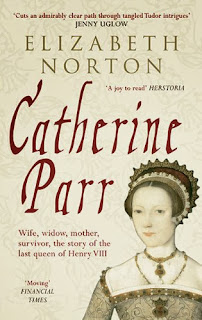