I received the paperback version of The Boleyn Women today, which was first published by Amberley last year. The book covers the women of this remarkable family from peasant origins at Salle to the royal court and the crown. The women drove the family's advance, with Anne Hoo Boleyn bringing them in contact with the nobility and Margaret Butler Boleyn bringing wealth and - eventually - an earldom. In the sixteenth century the three sisters-in-law - Elizabeth Howard Boleyn, Elizabeth Wood Boleyn and Anne Tempest Boleyn were prominent at court, while the sisters Anne Boleyn Shelton and Alice Boleyn Clere were in royal service.

Of course, Mary and Anne Boleyn were the most prominent members of the family - with the family line passing through them to their daughters, Elizabeth I and Catherine Carey. My book covers the stories of every Boleyn woman (by marriage or by birth) in this remarkable period.

There is actually one last story that I wanted to tell, but which isn't in the book. Elizabeth I is well known to have favoured her Carey cousins, but her allegiance to the Boleyns went deeper. In 1590 a gentlewoman named Elizabeth Hill suffered a personal disaster when her house burned down, with all her property inside. She had hitherto lived a comfortable life, with her house and goods estimated to have been worth £400, Yet, all she had was consumed by the fire.

Facing financial ruin, Mrs Hill petitioned Elizabeth I, asking for the lands and goods which had been confiscated from some recusant Catholics. The queen 'liking of this petitioner's suit', agreed to the request.

The queen showed considerable favour to the unfortunate Mrs Hill. The personal interest that she took in the matter was based solely on the fact that the petitioner was, like the queen, a daughter of an Anne Boleyn. Elizabeth Hill's mother was Anne, daughter of Sir Edward Boleyn, who had been Queen Anne Boleyn's uncle. Even more than fifty years after her mother's death, the memory of Queen Anne Boleyn meant something to Elizabeth I and she sought to protect and advance her mother's kin.

A Tudor through her father, thanks to her mother, Elizabeth I was the last of the Boleyn women. 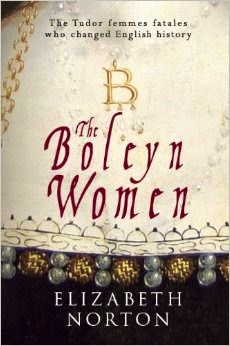