Preparing for a Royal Christening

14 October 1537 was the day before the christening of Prince Edward, son of Henry VIII and Jane Seymour. The young prince was two day's old and cared for by his wet nurse, as well as a staff of servants, including 'rockers'. While the queen continued to recuperate in bed, Hampton Court was bustling with activity as preparations for the christening were made.

Over fifty years earlier, the baby's great-grandmother, Margaret Beaufort, who was the formidable mother of Henry VII, had laid down ordinances for how a royal baby should be cared for and christened. Margaret's ordinances, on just how a Tudor baby should be raised, included detail on the furnishings for the nursery, the appointment of servants and precautions taken in the selection and management of the wet nurse. This lady, who enjoyed a privileged position at court, was to be observed by a doctor at every meal to ensure that 'she giveth the Child seasonable Meat and Drink'. Edward's household was to be run like a military operation.

On 14 October, servants would have begun hanging tapestries around the walls of the chapel royal, in accordance with Margaret's ordinances. The altar was to be similarly arrayed with arras or cloth of gold, while the chancel was to be carpeted - a practical concern given the cold October weather. Margaret required that 'the font of silver that is at Canterbury be sent for', 'or else a new font made of purpose'. A canopy was to hang above the font. Margaret even provided that 'there must be provided a little taper for the child to carry in his hand up to the high altar after his christening'. These ordinances had been prepared for Prince Edward's uncle, Prince Arthur, who had been heir to the throne and who, like the little baby being christened in 1537, did not live to see his sixteenth birthday.

You can read Margaret's Ordinances in John Leland's Antiquarii de Rebus Britannicis Collectanea, vol IV from p179, which is available at archive.org. 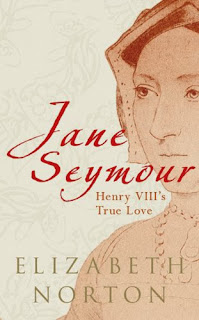