OK, another on this day in history...

On 1 October 959 King Eadwig died suddenly, leaving the throne of England to his brother, Edgar. Following a rebellion in 957, Edgar had been proclaimed king of Mercia and so, in reality, Eadwig was only still in control of the kingdom of Wessex. Whether he was murdered or not cannot be proved, but the history of Anglo-Saxon kingship is littered with the suspiciously sudden and early deaths of princes when there was a disputed succession.

Eadwig was only around eighteen at the time of his death, but had packed a lot into his brief life, becoming king in 955 on the death of his uncle, Eadred. It was Eadwig who reputedly left his coronation banquet to bed two noblewomen (a mother and a daughter), before being dragged back to the celebrations by St Dunstan. Eadwig later married the younger woman, suggesting that events were not quite as depicted.

You can read more about Eadwig's queen, Aelfgifu, in my books England's Queens: The Biography (Amberley, 2011) and She Wolves: The Notorious Queens of England (The History Press, 2008). For a more detailed account of Eadwig's reign and the accession of his brother, read my newest book: Efrida, The First Crowned Queen of England, which is the first biography of Edgar's queen, Aelfthryth/Elfrida. 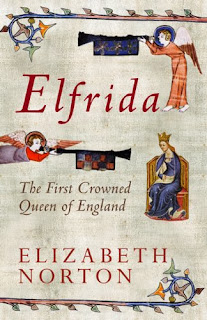 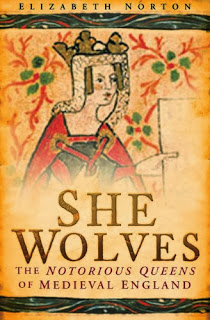