On Friday 12 May 1536 any hope that Anne still had, was almost certainly lost. That day Mark Smeaton, Henry Norris, Francis Weston and William Brereton were taken out of the Tower to be tried in the Guildhall. As they walked in procession, their guards turned the back of their axes towards them - with the heads facing away. Once in the Guildhall, they were 'condemned of high treason against the King for using fornication with Queen Anne, wife to the King, and also for conspiracy of the king's death, and there judged to be hanged, drawn and quartered, and their members cut off and burnt before them, their heads cut off and quartered'. As the four men made their way back to the Tower, the axes which had before been turned away had been spun to face them. They were all condemned men and had less than five days left to live.

These are the bare facts of the trial. Very few details actually survive. Lancelot De Carles, in his poem on the fall of Anne Boleyn, believed that, once again, Mark Smeaton confessed to adultery, but the others admitted no guilt. The Imperial ambassador, Eustace Chapuys, added further detail, writing in one of his dispaches that Smeaton had confessed to adultery with Anne on three different occasions: 'all the others were sentenced on mere presumption or on very slight grounds, without legal proof or valid confession'.

According to De Carles, the people at court were particularly moved by Weston's sentence, since he was both young and popular. His mother 'oppressed with grief' petitioned the king, while his wife offered both rents and goods for him to be freed. Like the other men, there was to be no escape for him. Anne, still a prisoner in the Tower, must have known that there would also be no escape for her. It had already been 'proven' in court that she was an adulteress. The result of her own trial would be a foregone conclusion. 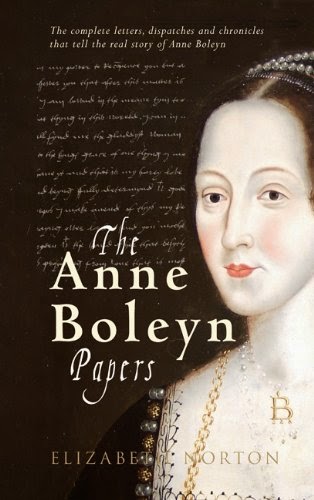 The Anne Boleyn Papers (Amberley, 2013). All the sources used above (and many more!) are included in this source book.
Posted by Unknown at 07:12