By 5 May 1536 there was one further man in the Tower. He would prove less fortunate than his fellows, Sir Richard Page and Sir Thomas Wyatt, who arrived at the same time. William Brereton is the most unusual of all the men accused with Anne. She never mentioned him while in the Tower and showed no reaction when Sir William Kingston informed her of his presence. The pair are not known to have been associated and the last of Anne's 'lovers' must be accounted the most unlucky to be there. He, like the others, spent 6 May as prisoners in the Tower.

Brereton was wealthy, with his sphere of influence centred on the Welsh Marches, where he served in local justice. Although present at court in May 1536, he did not usually move in court circles, with Sir Thomas Wyatt, for one, recalling that he was the 'one that least I knew' amongst the imprisoned men. By 1536 he was in his late forties and served as a groom of the king's privy chamber.

Brereton's childhood friend, George Constantyne, who had attended grammar school with him, met him shortly before his arrest and velieved that 'if any of them was innocent, it was he'. Constantyne, understandabe, since he was also one of Henry Norris' servants, took an interest in proceedings, later witnessing the executions of the men and recording that Brereton said 'I have deserved to die if it were a thousand deaths, but the cause wherefore I die judge not: but if ye judge, judge the best'. In an age where prisoners were expected to admit their crimes on the scaffold in order to die a good death, this was strong evidence that Brereton was innocent. As Constantyne concluded, 'for other he was innocent or else he died worst of them all'.

Early in May many courtiers must have watched anxiously. The Imperial ambassador, Eustace Chapuys, noted rumours that 'upwards of 100 gentlemen have had criminal connection with her [Anne]' and it must have seemed that no one was safe from the court purge occasioned by the rests. Even Sir Francis Bryan, who had quarreled with Anne and was friendly with Jane Seymour was rumoured to be wanted for questioning although, as it turned out, only seven men would be imprisoned with Anne: Smeaton, Norris, Rochford, Weston, Brereton, Page and Wyatt. Five would die. 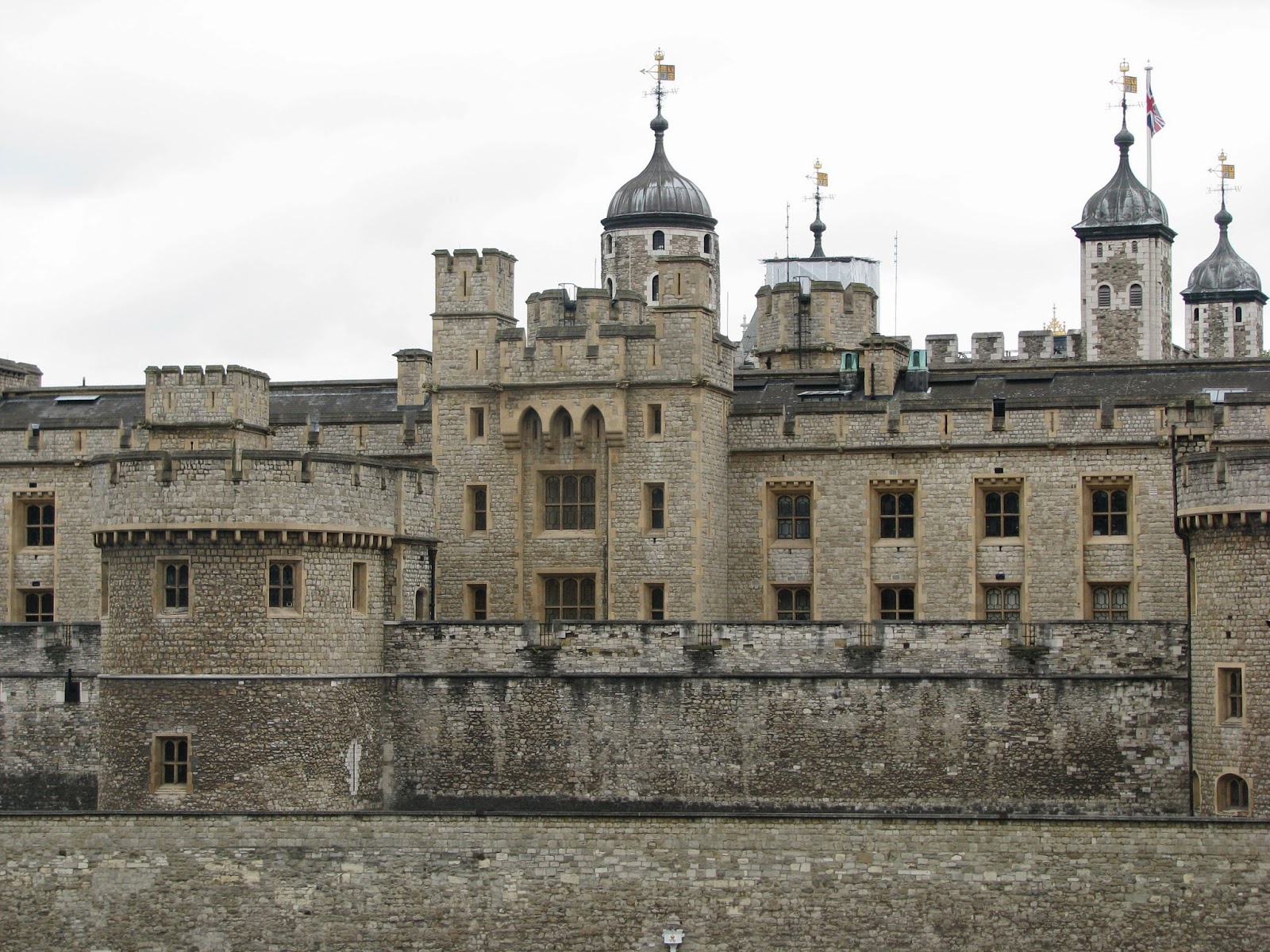 The Tower of London
Posted by Unknown at 07:51