Carrying on with the Oscar Best Picture challenge, we've just watched Grand Hotel, which won in 1932. I was really looking forward to this film. I don't think I have ever seen a film with Greta Garbo in before, while the rest of the cast is equally starry (Joan Crawford, John Barrymore etc.!).

The film didn't disappoint and is well worth watching. It's set in the Grand Hotel in Berlin and focusses on a terminally ill clerk who has withdrawn his savings and is living the high life for his last few months. He meets his boss, a dislikable industrialist, a cat burgling baron, a disillusioned ballerina and a scandalous typist along the way. I actually liked Joan Crawford's character more than Greta Garbo's, while Lionel Barrymore as the dying clerk stole the film. It was a great watch and by far the best of the early best picture Oscar winners that we have watched so far. In fact, it is one of the best that we have seen so far - although I still like Rain Man better! 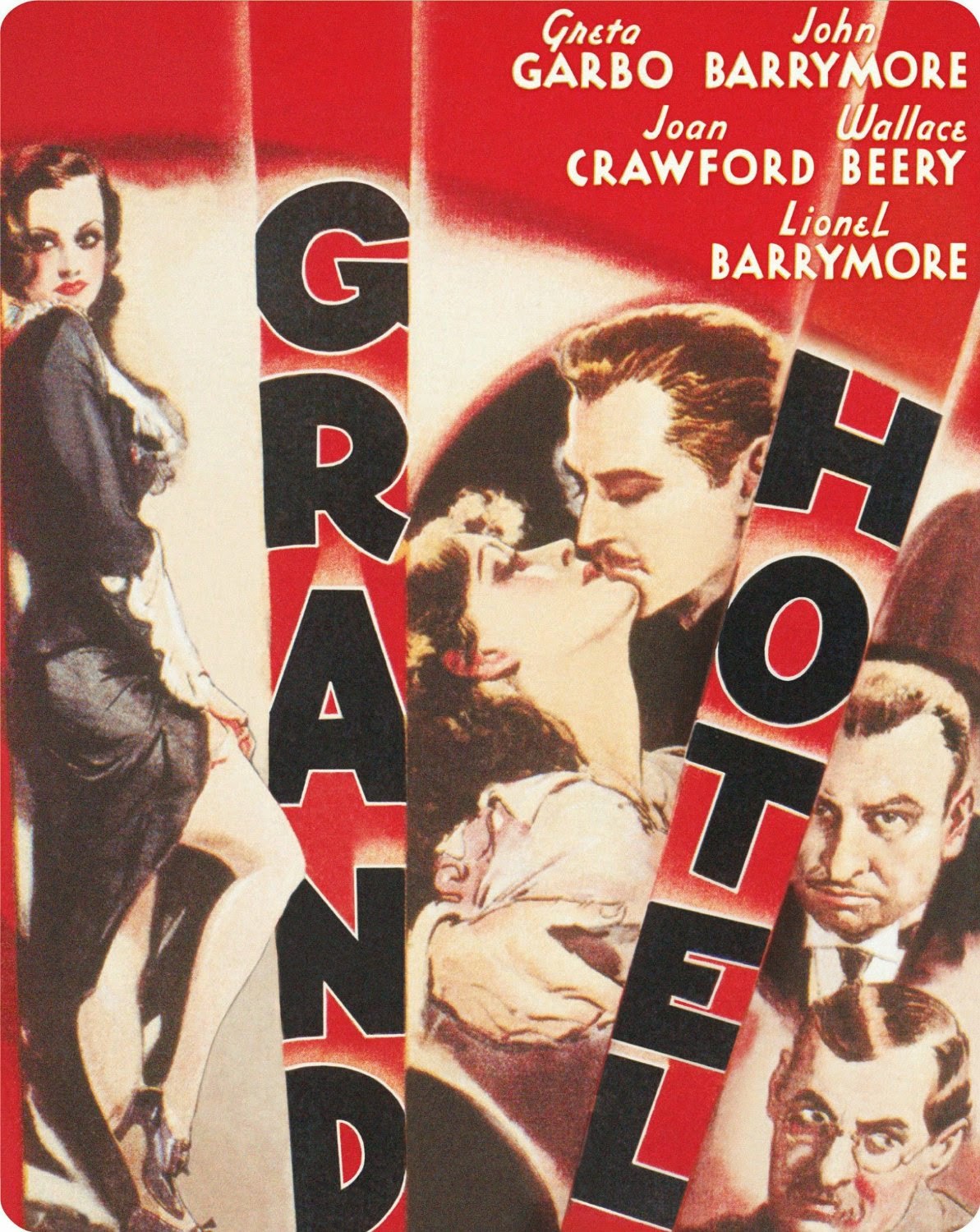