On the morning of 17 May 1536, Anne's five 'lovers' were led out to a scaffold on Tower Hill to die. Lord Rochford, the highest ranking of the five, made a long speech declaring:

'Christian men, I am born under the law, and judged under the law, and die under the law, and the law hath condemned me. Masters all, I am not come hither for to preach, but for to die, for I have deserved to die if I had twenty lives, more shamefully than can be devised for I am a wretched sinner, and I have sinned shamefully, I have known no man so evil, and to rehearse my sins openly it were no pleasure to you to hear them, nor for me to rehearse them, for God knoweth all; therefore, masters all, I pray you take heed by me, and especially my lords and gentlemen of the court, the which I have been among, take heed by me, and beware of such a fall'.

Anne's brother continued in a similar vein, recognising, as was expected by his contemporiaries, that he was worthy to die. He significantly admitted no guilt, however. Nor did any of the other four men, although Mark Smeaton (of course) had already confessed. William Brereton went so far as to deny any wrongdoing with Anne, declaring 'I have deserved to die if it were a thousand deaths, but the cause wherefore I die judge not: But if ye judge, judge the best'. Many did. Even Eustace Chapuys believed that the charges against Anne were suspicious. Nothing could stop the progress of Tudor justice, however, and the men were quickly dispatched.

Still in the Tower, Anne was informed of the men's executions. The delay in her own death may just have sparked a hope for herself. At dinner the day before, after her visit from Cranmer, she had spoken to Sir William Kingston of the fact that she would be sent to a nunnery and was 'in hope of life'. Perhaps Cranmer offered her this hope in exchange for her compliance to the annulment of her marriage? Certainly, he convened a church court at Lambeth on 17 May 1536 at which he annuled Anne's marriage either on the grounds of her earlier engagement to Henry Percy or the king's relationship with her sister, Mary Boleyn. These false hopes were particularly cruel and, by the evening of 17 May, Anne knew that they had been dashed.

The following day was to be her last full day alive. 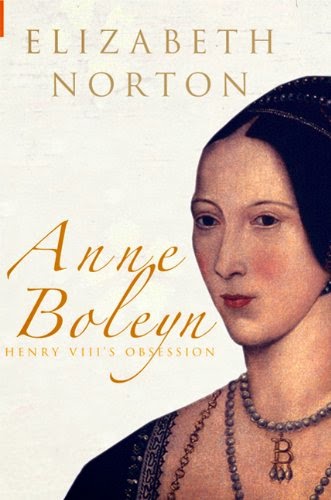 My second book, Anne Boleyn: Henry VIII's Obsession (Amberley, 2008), which was written as an introduction to Anne's life.