On the morning of 19 May 1536 Anne Boleyn stepped out of her lodgings in the Tower and made her way to Tower Green, where a crowd of grandees had assembled. She climbed up to the newly erected scaffold and, standing on the straw, made her final speech:

'Good Christian people, I am come hither to die, for according to the law and by the law I am judged to die, and therefore I will speak nothing against it. I am come hither to accuse no man, nor to speak anything of that whereof I am accused and condemned to die, but I pray God save the king and send him long to reign over you, for a gentler nor more merciful prince was there never: and to me he was ever a good, gentle, and sovereign lord. And if any person will meddle of my cause, I require them to judge the best. And thus I take my leave of the world and of you all, and I heartily desire you all to pray for me. O lord have mercy on me, to God I commend my soul'.

Four women had been permitted to accompany Anne to the scaffold and, weeping, one stepped forward to cover her eyes with a cloth. The executioner, who had been sent for from either Calaise or St Omer for the purpose, then stepped forward. Unlike execution by axe, there was no need of a block. Instead, Anne Boleyn, former queen of England, knelt on the straw of the scaffold. As her lips mouthed the words of a prayer, the swordsman stepped up behind her, severing her head with one stroke.

Anne Boleyn's story always ends tragically, regardless of how many times it is told. She was around thirty-five years old and left a two year old daughter, as well as a father, and a mother whom she feared would die of grief. As a woman and as a queen she had been both loved and hated, but it is perhaps telling that it was her ladies - half dead themselves with grief - who gathered up her body in a white covering and carried it for burial. They were devoted enough to ensure that she was decently treated, even after death.

The execution of Anne Boleyn shocked many. She was the woman that Henry VIII had waited long years to possess. However, even as Anne was dying, the king was preparing for his next marriage. The following day - 20 May 1536 - he was betrothed to Jane Seymour. 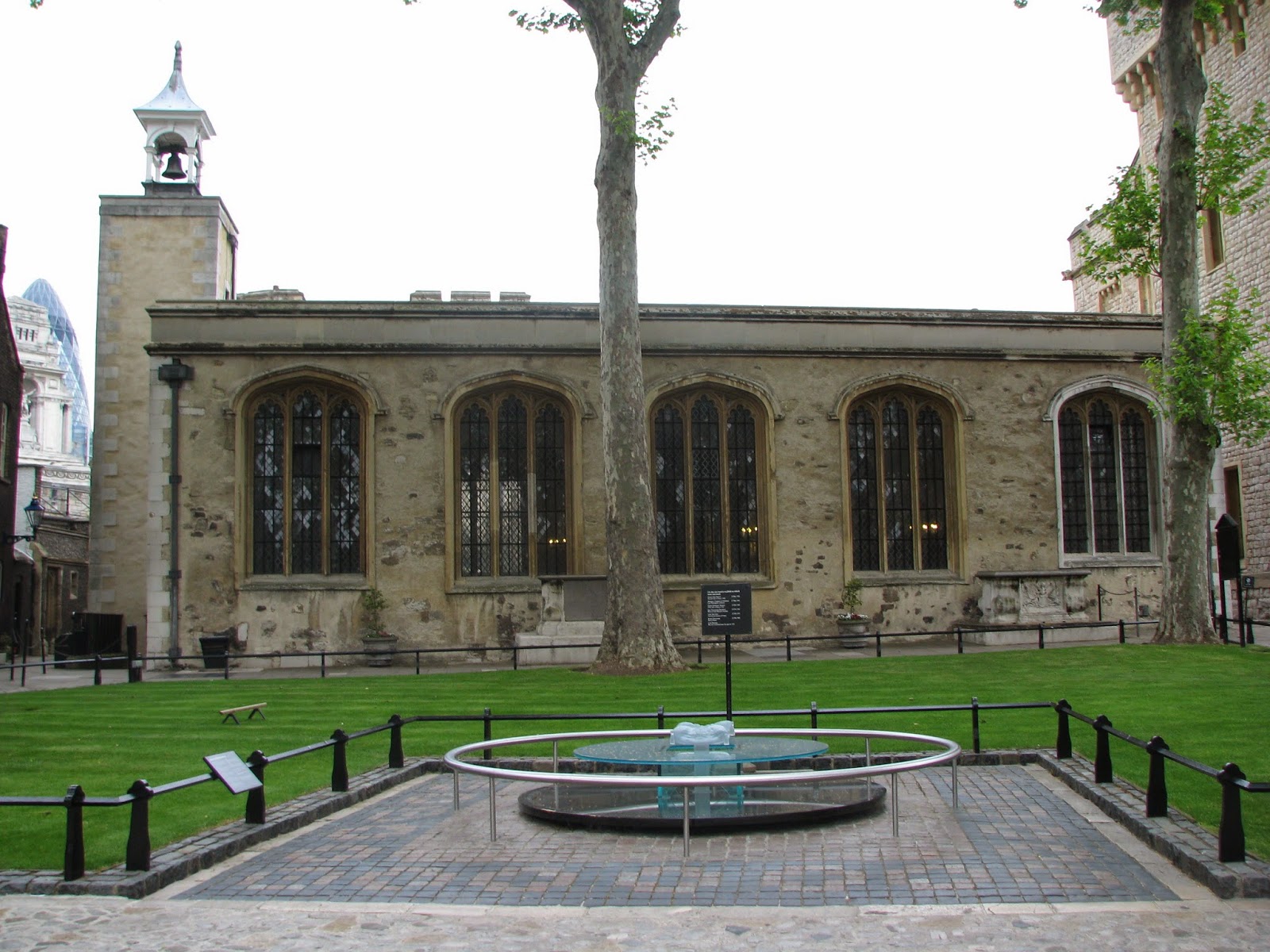 The Chapel of St Peter ad Vincula, where Anne is buried. The scaffold site is in the foreground.
Posted by Unknown at 07:22