On 13 May 1536 - even before Anne's trial - her household was broken up and her maids and officers sent home. Although still legally the king's wife, she was no longer queen. Once again, this must have been proof to her that she would never leave the Tower alive.

Anne was also not going to remain the kings wife for much longer. Although the four men who were tried on 12 May 1536, were condemned for adultery with Anne, Henry was planning to rewrite history - as he had done with his first marriage - and deny that he had ever been married before. Divorce was impossible in sixteenth century Europe. If Henry wanted to remarry in May 1536, he had three options: he could persuade Anne to become a nun (something which usually freed a husband to remarry), he could annul his marriage (effectively proof that it had never been valid and, thus, had never happened), or he could kill his wife. He chose options 2 and 3.

Henry's preferred ground for annuling his marriage appears to have been on the basis that Anne had entered into a valid precontract with Henry Percy, heir to the Earl of Northumberland, back when she was first at court. Under church law, a precontract - where a couple promised to marry - could be as binding as a marriage ceremony. In fact, no ceremony would actually be required for a couple to be considered married and their children legitimate, providing they could prove a binding promise.

Anne and Percy had fallen in love when she was one of Catherine of Aragon's maids and he was in the service of Cardinal Wolsey. According to William Cavendish, who served alongside Percy with the Cardinal, 'there grew such a secret love between them that, at length, they were insured together, intending to marry'. When Wolsey heard of the arrangement, he ordered the couple to be separated and sent for Percy's father. Percy had been quickly married off to a more suitable bride, although the relationship was not forgotten During Anne's long engagement to Henry VIII Percy's wife had attempted to annul her marriage on the grounds of her husband's precontract to Anne Boleyn.

This, then, was a convenient way out of his marriage for Henry VIII. Unfortunately, Henry Percy, who was by then Earl of Northumberland, was having none of it. On 13 May 1536 he sat down angrily to write to Thomas Cromwell, complaining of the interrogations that he had recently been subject to on the subject. He declared that he had sworn an oath on the sacrament, before the Archbishops of Canterbury and York, to declare that there had been no precontract and 'that the same may be to my damnation, if ever there were any contract or promise of marriage between her and me'.

With both Anne and Percy refusing to admit any precontract, it appears that Henry VIII was forced to fall back on more certain - although more embarrassing (for him) - grounds. On 17 May 1536 Anne was informed that she was no longer Henry VIII's wife and that her marriage had been annulled. According to the well-informed Eustace Chapuys, the marriage had always 'been unlawful and null in consequence of the King himself having had connection with Anne's sister'.

It is a bitter irony that Anne died for the crime of adultery, when she had never legally been Henry VIII's wife. As she took to her bed on 13 May 1536, however, she was a condemned woman and she had still not even been tried. 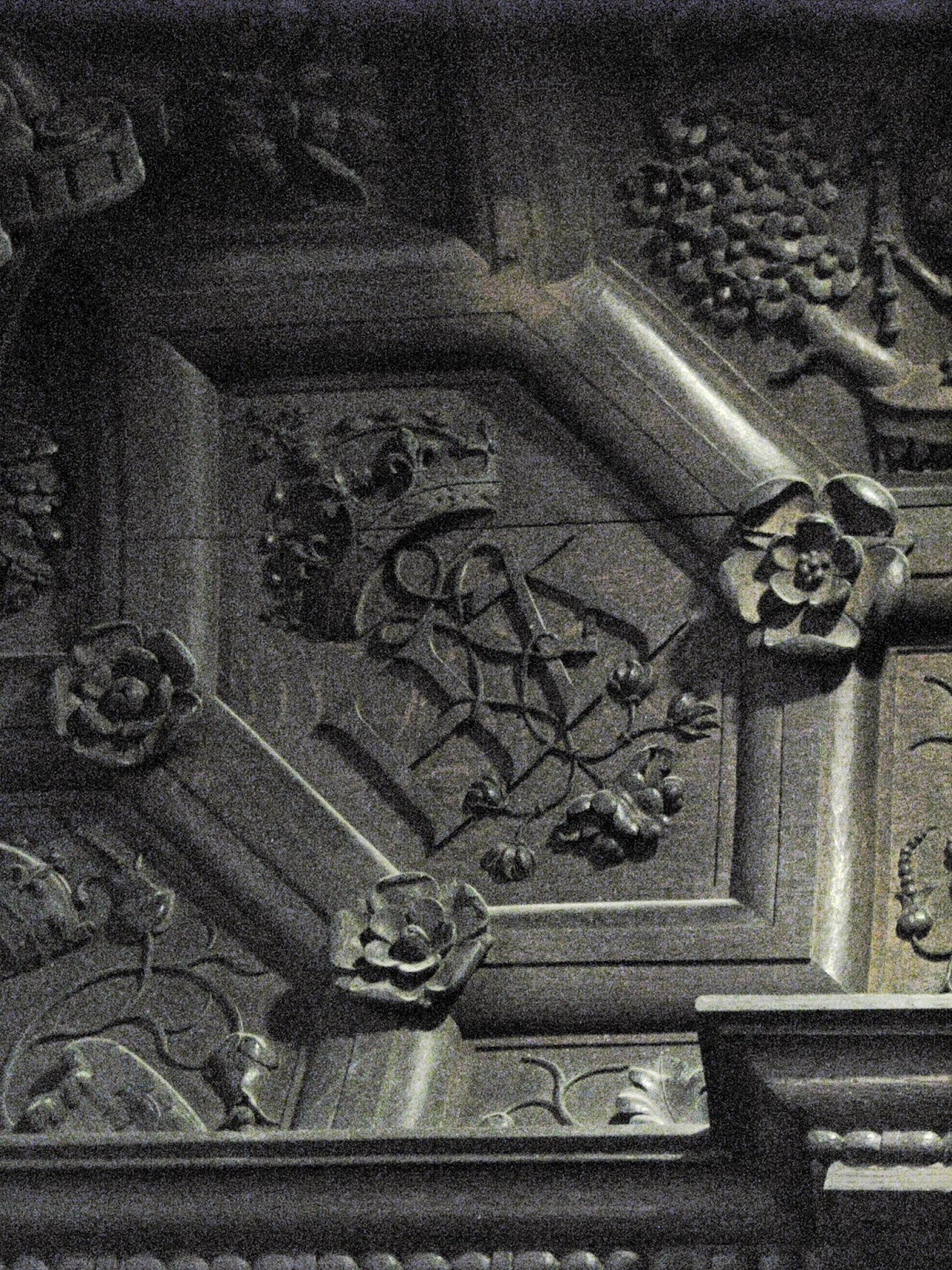 Henry and Anne's entwined initials - a rare survival from Cambridge. After her death Henry took steps to obliterate any trace of a woman who, as far as he was concerned, had never legally been his wife.
Posted by Unknown at 07:27