On 10 May 1536, it was decided that Anne and her 'lovers' should be indicted to appear before a jury of their peers, in order to determine whether or not they were guilty of the crimes of which they were accused. The grand jury of Middlesex, who considered the charges, believed that there was sufficient evidence for the trials to begin.

The crimes of which Anne and the five men were accused were lurid, but was the evidence for them? Much of the information against the queen appears to have come from women that she knew at court.

Anne's sister-in-law, Jane Parker, Lady Rochford, who was married to George Boleyn, is usually assigned a role in events. Gilbert Burnet, writing 150 years later, believed that Jane gave evidence against her husband and his sister due to the fact that she was jealous of the sibling's close relationship, as well as the fact that she was 'a woman of no sort of virtue'. He claimed that Jane 'carried many stories to the king, or some about him, to persuade, that there was a familiarity between the queen and her brother, beyond what so near a relation could justify. All that could be said for it was only this; that he was once seen leaning upon her bed, which bred great suspicion'.

In spite of one contemporary's claim that Jane had not been a 'chaste wife', there is no real evidence of discord between her and her husband. Indeed, Jane appears to have remained wearing widow's black up until her death nearly six years later, as well as seeking to get a message to George in the Tower and promising to 'humbly suit unto the king's highness' on his behalf.

Much of the rumour surrounding Jane is probably based on the fact that she was later herself executed for involving herself in a love affair between Henry VIII's fifth wife, Catherine Howard, and Thomas Culpepper. It made sense to early historians to portray her as an immoral figure.

That said, Jane and Anne appear to have quarrelled during Anne's time as queen, while Jane had strong family and friendship ties to Princess Mary - dividing her loyalties. If she was a government informer, however, she received little reward, being later forced to write to Thomas Cromwell for aid in her widowhood. One of the charges against George was that he had laughed at the king's clothes and that he had discussed Anne's concerns that Henry was impotent. This evidence may well have come from Jane when she was questioned. She may also have been the source of claims that George had jokingly questioned Princess Elizabeth's legitimacy. There is nothing else to suggest that the evidence against Anne came from her.

There were, however, two further women who played a rather more important role in the investigation - one deceased and one very much alive. 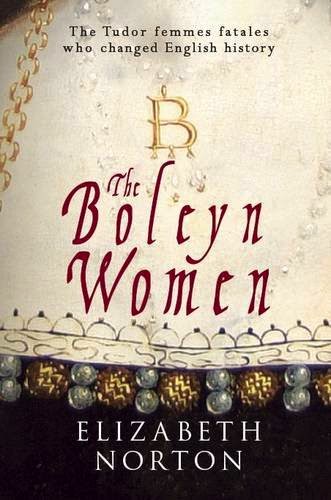