Although my countdown to the fall of Anne Boleyn finished yesterday, I've been enjoying the daily posts so thought I would add one more!

Jane Seymour, who had been one of Anne's ladies in waiting was in a house close to the river in London when she received news of her former mistress's execution. Jane, whose mother was a first cousin of Anne's mother, had close family links to the dead queen, but she can have felt no grief. Instead, Anne's death cleared the way to her own ascent to the throne.

Jane Seymour was the daughter of Sir John Seymour and Margery Wentworth of Wolf Hall in Wiltshire. She was a few years younger than her cousin, Anne Boleyn, and first came to court in the dying days of Catherine of Aragon's queenship. Following Catherine's fall, she transferred to Anne's service, assisted by her kinsman, Sir Francis Bryan, who had previously tried - and failed - to find Jane a husband.

Jane Seymour was no great match. In 1536 she was probably already in her late twenties and by no means considered a beauty. However, she had an air of quiet modesty and dutifulness which attracted the queen and, by the early months of 1536 she was firmly established as his new love. The pair met under the chaperonage of Jane's brother, Edward Seymour, and, by April had agreed to marry.

On 20 May 1536 Jane left her lodgings, sailing quickly to Chelsea where she was greeted by the newly single king. At nine o'clock in the morning, in front of witnesses, the couple were solemnly betrothed.

This ceremony meant that Jane's rise to queenship was certain, but she was not yet queen. Following the ceremony, she returned to her lodging to await her marriage. On 30 May 1536 she travelled to York Place in London, where she was married to Henry VIII in the Queen's Closet (or chapel). The couple spent a brief honeymoon together until 2 June 1536 when Jane first appeared publicly as queen. One contemporary declared 'She is as gentle a lady as ever I knew, and as fair a queen as any in Christendom. The king hath come out of hell into heaven, for the gentleness of this, and the cursedness and unhappiness in the other'. For Jane, however, with her unfortunate predecessor only two week's dead, the future must have seemed both glittering and alarming. 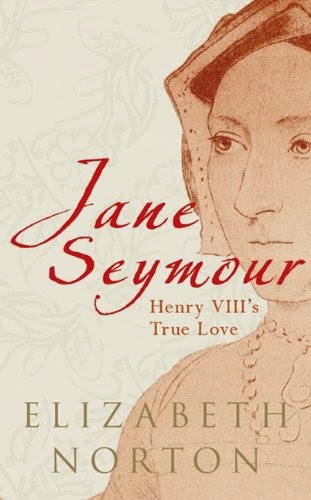 You can read more about Jane in my book, Jane Seymour: Henry VIII's True Love (Amberley, 2009)
Posted by Unknown at 06:59