On 14 May 1536, the day before Anne and George's trials, Thomas Cromwell sat down to write to the English ambassadors in France. Cromwell - the king's chief minister - had played an instrumental part in Anne's fall. Shortly before her arrest, she had quarrelled with the minister and told him that 'she would like to see his head off his shoulders'. Instead, he resolved to take hers, allying himself with the Imperial ambassador, Eustace Chapuys, who represented Princess Mary, as well as the Seymours, who were the family of Henry's new love, Jane Seymour. It was an unlikely alliance but this, coupled with the king's own animosity towards Anne was enough to bring her down.

On 14 May 1536 Thomas Cromwell was the victor and Anne the loser. He informed the ambassadors that 'the king's highness thought convenient that I should advertise you of a chance, as most detestably and abominably devised contrived, imagined, done and continued, so most happily and graciously by the ordinance of God revealed, manifested and notoriously known to all men'. He continued by declaring that 'the queen's abomination both in incontinent living, and other offence towards the king's highness was so rank and common, that her ladies of her privy cahmber, and her chamberers could not contain it within their breasts, but detesting the same had so often communications and conferences of it that at the last it came so plainly to the ears of some of his grace's council that with their duty to his Majesty they could not conceal it from him'.

The official line was that Anne was guilty as charged. The following day she would also be condemned. 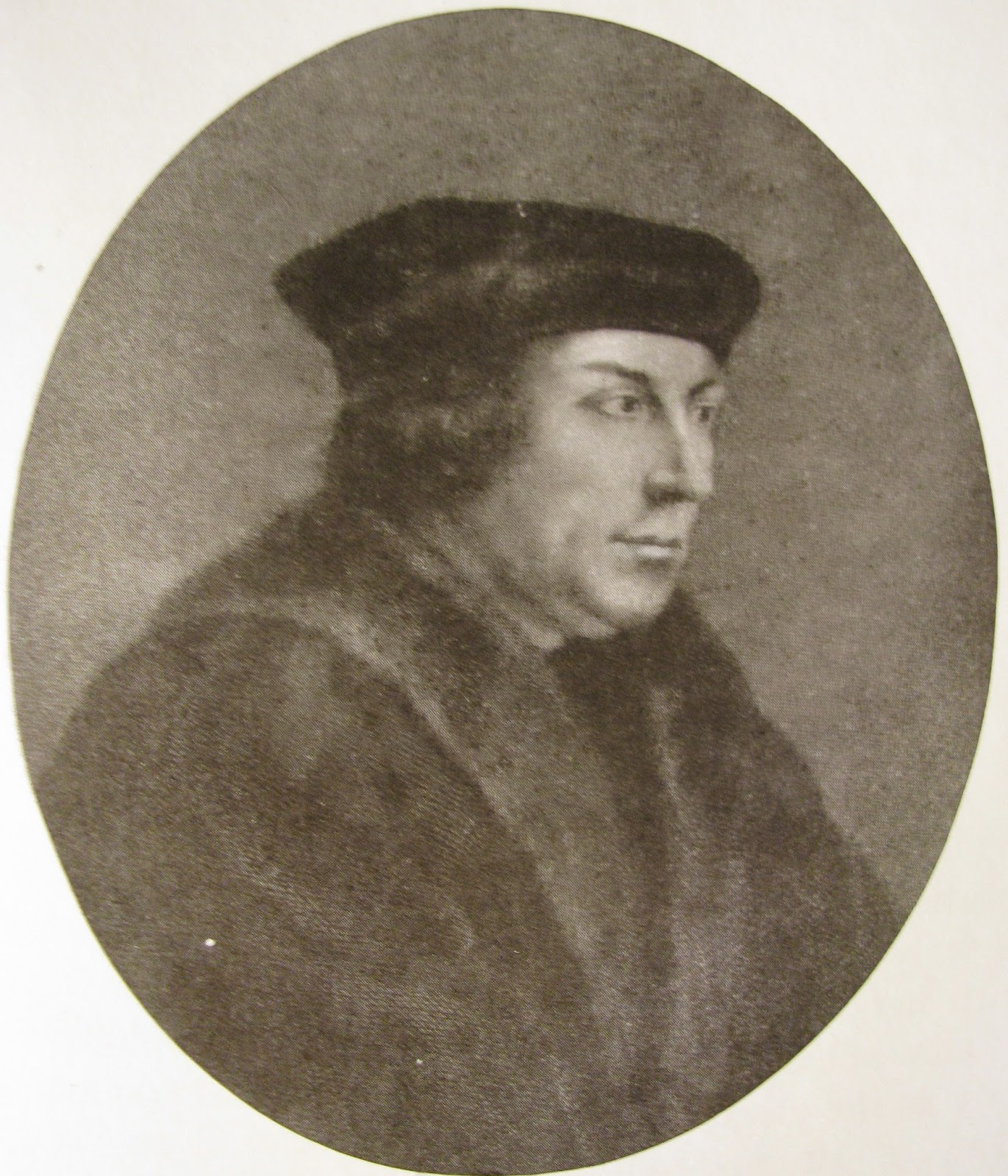 Thomas Cromwell
Posted by Unknown at 07:05