Anne Boleyn spent a troubled night at Greenwich Palace following the May Day jousts. Henry VIII's sudden departure unnerved her, although she is unlikely to have known what lay ahead. On the morning of 2 May it was still only Mark Smeaton and Henry Norris who had been apprehended. This was quickly to change.

That morning Anne's uncle, the Duke of Norfolk, and other members of the royal council came to interrogate her. Although the records of the questioning do not survive, her own words, spoken when she arrived at the Tower, indicate that she was aware that it was with Smeaton, Norris, and her own brother, that she was accused. As Anne told the lieutenant of the Tower, 'I hear say that I should be accused with three men'.

The Chronicle of Henry VIII, which recorded that one hundred soldiers came to accompany Anne to the Tower, believed that she was tricked into a waiting barge, being infomed only that 'My lady, the King has sent me for you', something which gave her hope of being taken to Westminster and Henry. More likely, however, given the allegations laid against her, she knew her boat was bound for the Tower.

Anne was accompanied to the Tower by her uncle and her other interrogators, before they left her under the guardianship of Sir William Kingston, the lieutenant of the ancient fortress. On her arrival, Anne asked Kingston 'shall I go in to a dungeon?', before being reassured that she would instead stay in the royal apartments, where she had lodged before her coronation. Just under three years later, she surveyed the fine rooms under very different circumstances, declaring only that 'it is too good for me', before praying 'Jesus have mercy on me' and falling down to her knees in tears.

Anne spent much of her first hours in the Tower weeping, as well as requesting a chapel in her rooms to allow her to pray for mercy. She railed against the men that she knew were imprisoned close by, weeping 'Oh Norris, hast thou accused me, thou ar in the Tower with me, & thou and I shall die together: and, Mark, thou art hear too'. She also wept for her mother, who she feared would 'die for sorrow'.

Anne's brother, George Boleyn, Viscount Rochford, would join her in the Tower later that day. Anne's only brother was a dashing courtier, graced 'with gifts of natural qualities'. He was a poet, an ambassador and a lover, albeit his contemporary, Cavendish declared that his life was 'not chaste' and his 'living bestial', putting words into Rochford's mouth that 'I forced widows, maidens I did deflower'. Regardless of these claimed character flaws, Rochford was Anne's 'sweet brother'. The evidence of an incestuous relationship between brother and sister was, however, non-existent, with witnesses only able to 'vouch to the Queen having kissed her own brother, and that they have in their possession letters in which she informs him that she is pregnant'.

By the end of 2 May 1536 the queen and three men were prisoners in the Tower of London. Anne Boleyn would never again emerge from its cold stone walls. 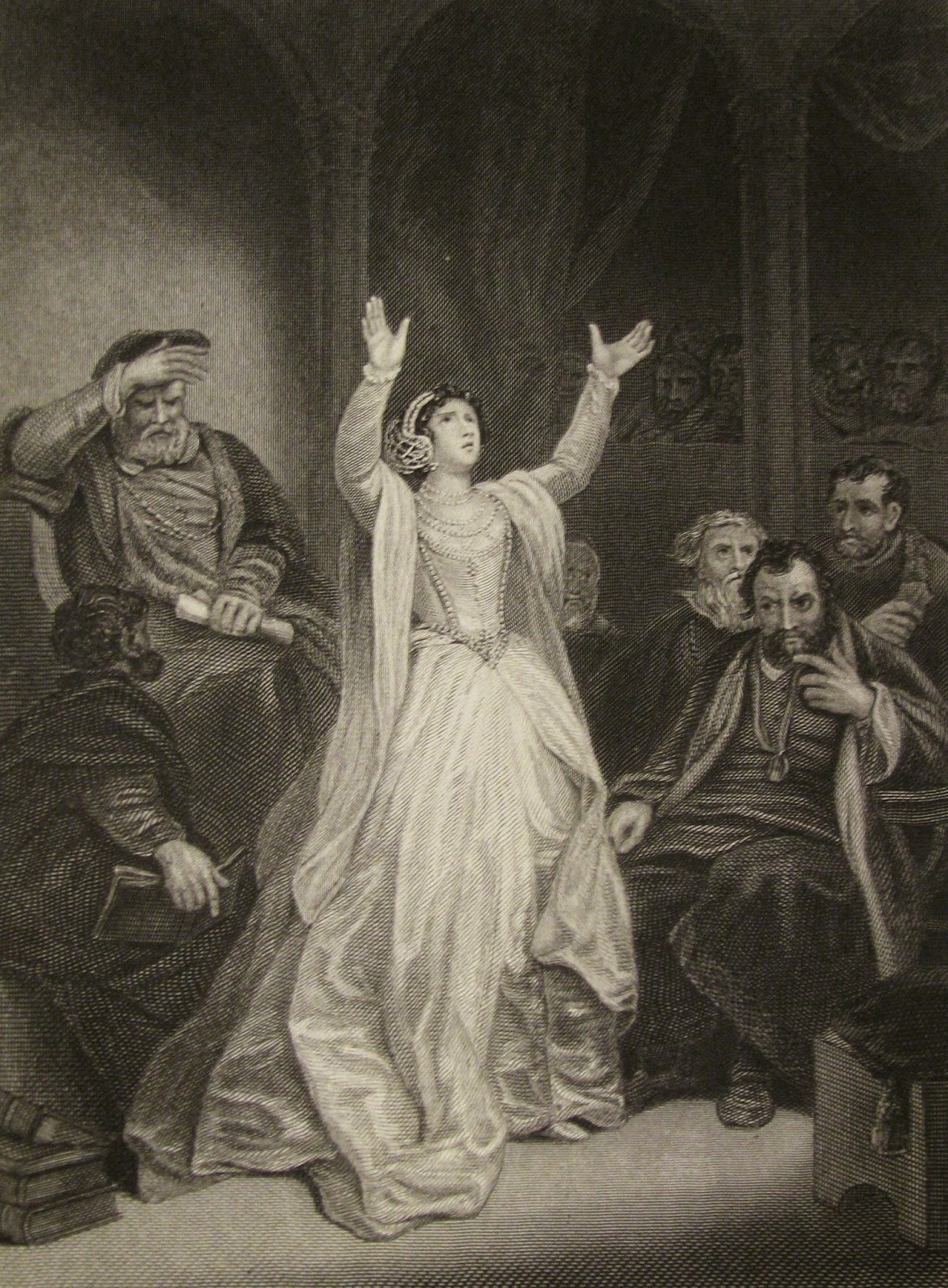 A highly romanticised depiction of the condemnation of Anne Boleyn
Posted by Unknown at 06:38