Word soon leaked out that Anne had been arrested and was a prisoner int he Tower. For Eustace Chapuys, staying at Westminster close to the king, it was 'a most astounding piece of intelligence'. He was not the only person to think so, with the Archbishop of Canterbury, Thomas Cranmer, sitting down to write to the king in his study at Lambeth on 3 May. Cranmer had started his career as a chaplain to Anne's father and he shared the queen's reformist interests. It was Cranmer who had pronounced the sentence of divorce between Henry VIII and Catherine of Aragon and who had crowned Anne Boleyn, as well as repudiating his oath of loyalty to the pope. He was entirely shocked at what he heard of Anne's arrest.

Cranmer, to his credit, attempted to some extent to defend his patroness to the king, declaring 'I am in such a perplexity, that my mind is clean amazed: for I never had better opinion in woman, than I had in her; which maketh me t think, that she should not be culpable. And again, I think your highness would not have fone so far, except she had surely been culpable. Now I think that your grace best knoweth, that, next unto your grace, I was most bound unto her of all creatures living. Wherefore I most humbly beseech your grace to suffer me in that, which both God's law, nature, and also her kindness bindeth me unto; taht is, that I may with your grace's favour wish and pray for her, that she may declare herseld inculpable and innocent'. Even Cranmer, who was perhaps Anne's most high profile friend, could go no further, however, declaring that he believed she should be punished if she was proved to be guilty.

As he sat down to seal his letter with a heavy heart, Cranmer was interrupted by a visit from a number of the king's council, arriving to show him 'proof'' of Anne's conduct. Late that day, the archbishop added a postscript, declaring 'I am exceedingly sorry that such faults can be proved by the queen, as I head of their relation'. Reading the letter early on 4 May, Henry VIII was satisfied with Cranmer's loyalty Privately, however, the Archbishop was grieved. He would later declare, on hearing of Anne's death that she who has been the Queen of England upon earth will today become a Queen in heaven' before bursting into tears.

Anne spent 4 May in the Tower, awaiting events. She was cut off from the world and also from the men with whom she was accused and who equally suffered agonies over exactly what their fates would be. 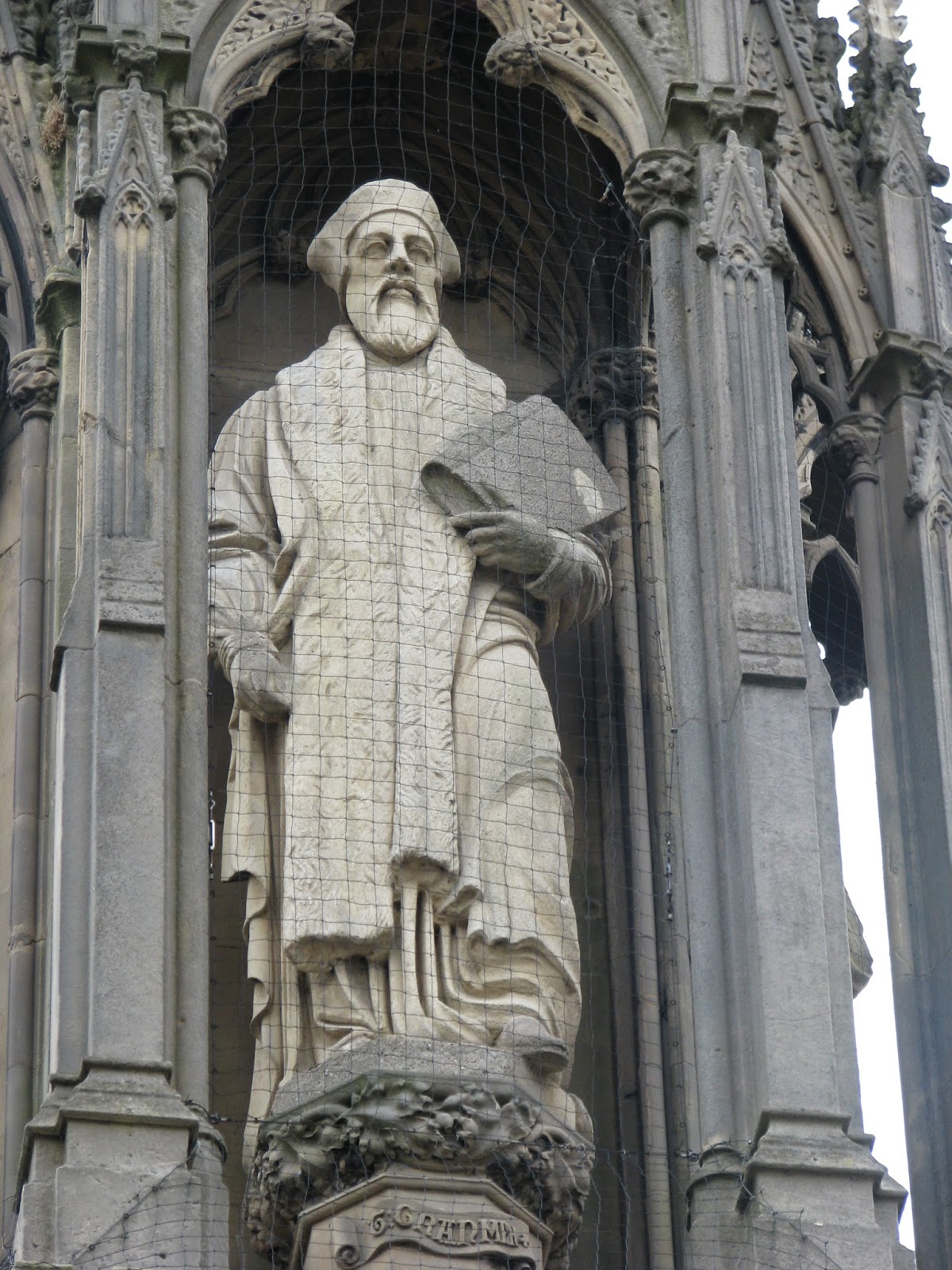 Thomas Cranmer, from his memorial at Oxford.
Posted by Unknown at 08:39