Bloody Tales of the Tower on Channel 5

Did anyone catch episode 3 of Bloody Tales of the Tower, which was broadcast on Channel 5 in the UK this week. The episode focuses on royal sex scandals includes the story of Catherine Howard. I appear in the episode (right at the end), retracing Catherine's last journey to the Tower from Syon. For Catherine, the journey by boat must have been horrific, since it involved passing under London Bridge where the heads of her two lovers, Francis Dereham and Thomas Culpeper were displayed. She also knew that, once she reached the Tower, she was unlikely ever to leave.

Anyway, the programme is still available to watch here, as well as the earlier episodes from the series. It's a great programme and really brings the story of the Tower to life. 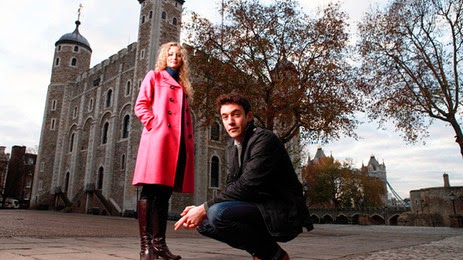