Anne spent 3 May 1536 in the Tower. She was still in a state of emotional shock, and spoke unguardedly, trying to make sense of all that had happened. To one of the women appointed to attend her, Mistress Cousins, Anne reported a conversation that she had had with Norris the previous Sunday when he had said that he would 'swear for the queen that she was a good woman'. This sounded suspicious and Mistress Cousins who, like all the women about Anne was spying on her, asked for further details. The queen was willing to talk, saying that 'I bade hiim do so, for I asked him why he went not through with his marriage?' before Norris replied that he 'would tarry a time'. Anne had always been flirtatious and had declared provocatively 'you look for dead men's shoes, for if ought came to the king but good, you would look to have me'. This was dangerous talk, with Norris declaring that 'if he should have any such thought, he would his head were off'. Anne was apparently angered by this response, stating that 'she could undo him if she would', before quarreling with Norris.

What did Anne mean by this exchange and why did she relate it in the Tower? It certainly looked bad, suggesting that Anne was already considering a second marriage 'if ought came to the king but good'. Yet, given the fact that Norris was prepared to swear to Anne's character, it was probably innocent banter. Besides, Anne qualified her recollections on the morning of 3 May, declaring that 'she more feared Weston' than Norris, since he had complained to her that Norris came more regularly to her chamber than the rooms of his own fiance. Francis Weston - a young newlywed at court - appears to have been a little in love with Anne himself. She had sought him out to admonish him for his fliration with her cousin, Margaret Shelton, when he should love his wife. Weston replied simply that 'he loved one in her house better than them both'. When Anne asked who this was, he replied 'it is yourself', something which she did not take seriously.

Anne's words show the familiarity that she allowed herself with men, acting as she had perhaps done in her youth when she was one of Catherine of Aragon's ladies and had secretly loved Henry Percy, the heir to the Earl of Northumberland. While such levity was possible for a young girl, it was highyl suspicious in a queen, with the conduct easy to twist. Anne's words, in any event, condemned Francis Weston, whose name had not before been mentioned in relation to the investigation. He was soon another unfortunate inmate in the Tower.

Francis Weston was very young and, like the other men, handsome. He was 'highly favoured' by the king, who allowed him some license at court, seeing this as a symptom of his young friend 'being but young, and scant out of his shell'. Weston was well-liked and dearly loved by his wife and family, who made desperate attempts to secure his release. Thanks to Anne's unguarded comments, however, he was destined to die alongside the other men with whom she was accused. 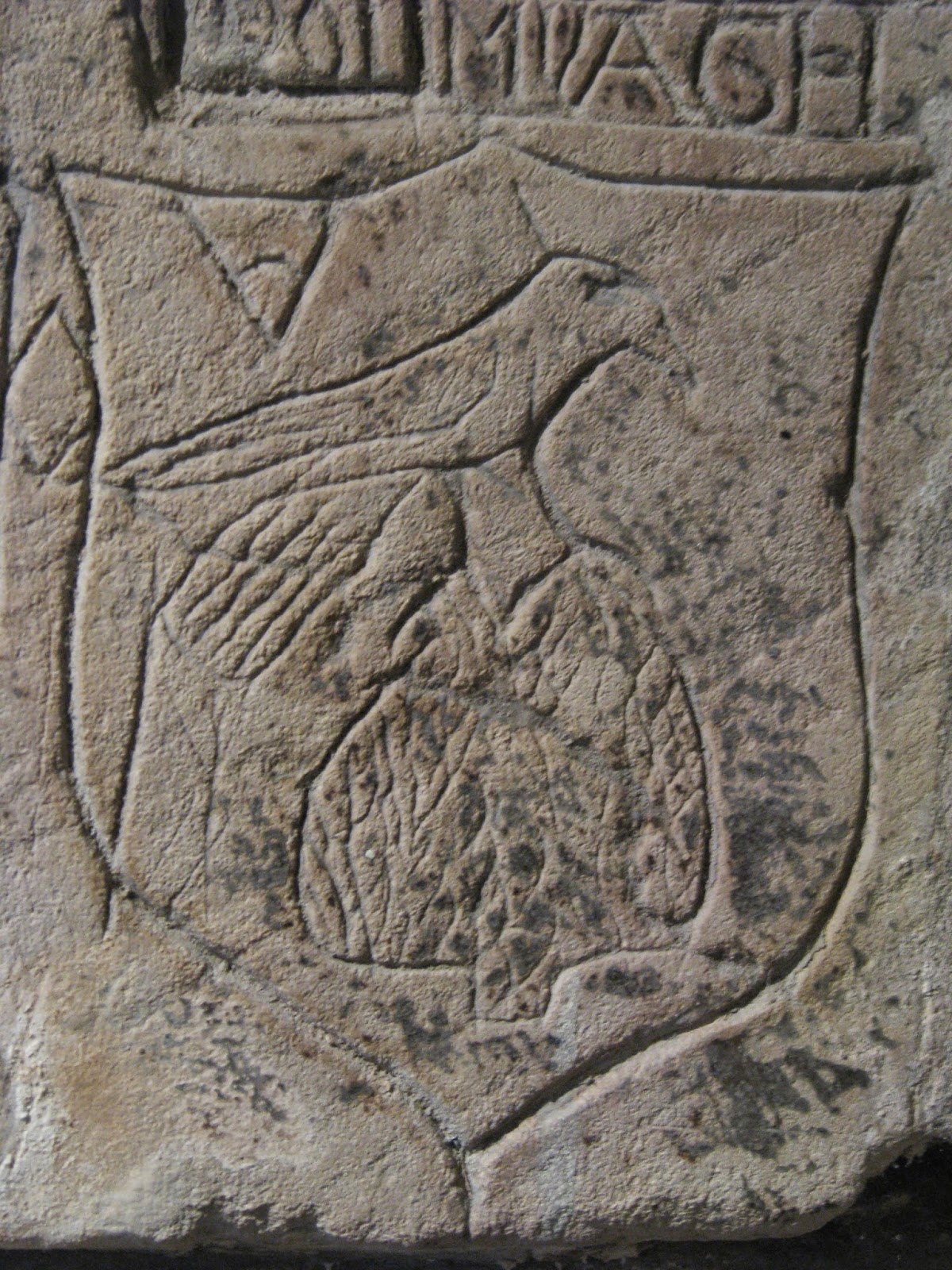 Anne Boleyn's falcon badge carved as graffiti in the Tower. It has lost its crown.